ICARUS the drone that can be used just once. #Drone #ICARUS 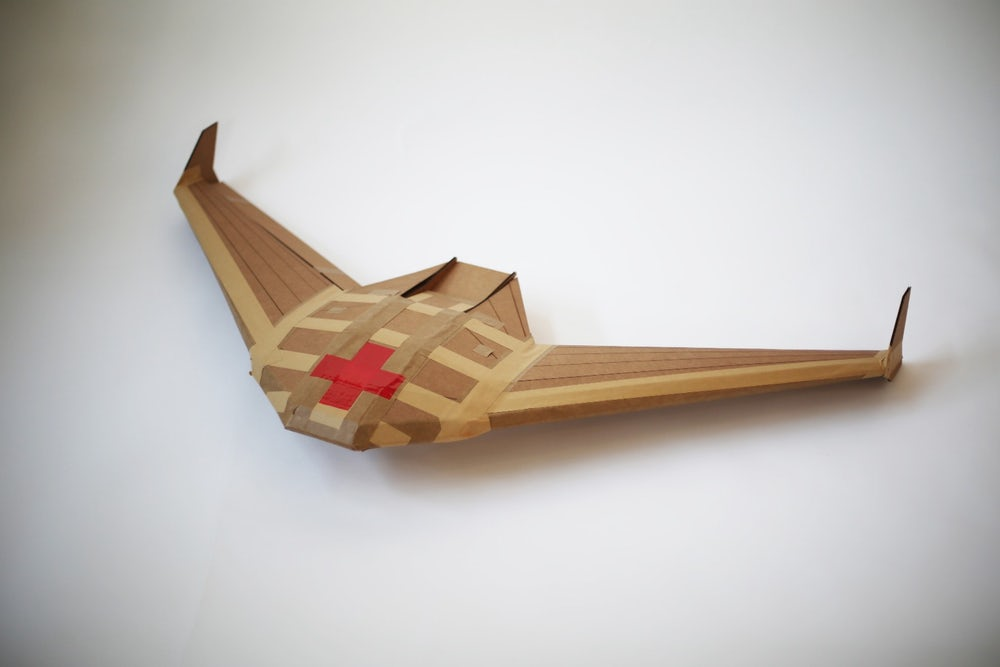 Back when we were kids, we all played with paper planes imagining they could fly long distances and in rare cases, some even manage to make them fly more than a few metres.

Time passed and we grew to find ourselves surrounded by redefined  and enhanced planes no longer made out of paper, and no longer for kids only.

Drone technology has grown intensively over the past few years from professionals to amateurs, everyone can find a drone to suit their needs. And now, there’s a drone that can only be used once and is made out of cardboard.

Inbound, Controlled, Air-Releasable, Unrecoverable Systems or ICARUS is an Otherlab project based on a previously made DARPA program named Vanishing Programmable Resources (VAPR).

They have created the most advance “paper plane” you’ve ever seen.

A self-destruction drone to use when you can only deliver goods on a one-way trip. Made out of heavy-duty cardboard to endure been deployed from a C-17 or C-130 over 1,000ft without motors and rotors they use a Otherlab system, the Aerial Platform Supporting Autonomous Resupply Actions (APSARA).

Even though they can be re-used, APSARA gliders are meant to be used  once as the company aims to used them to deliver medical goods in rural and remote areas where another way of transportation would be useless or way more expensive.

Once ICARUS has landed, the outside shell will biodegrade in days and all tech components will be auto-eliminated as well.

Content could include blood and other medical fluids, and the current models carry 1 kg (2.2 lb), and they said it up to carry up to10 kg (22 lb) without issue.

So is not just the fanciest paper plane you will see, also the more functional on those kind of situations.

Right now, there’s no information about they will make a consumer version.

But if they do, it’ll be something like the bat-boomerang, a usually two-way item you throw, but you’re not supposed to expect back at you this time

What do you think about it? Would you get one if they become consumer available? Let us know in the comment section below