Samsung unveils it new Windows 10 2-in-1 Tablet Line up during #MWC17. #Samsung 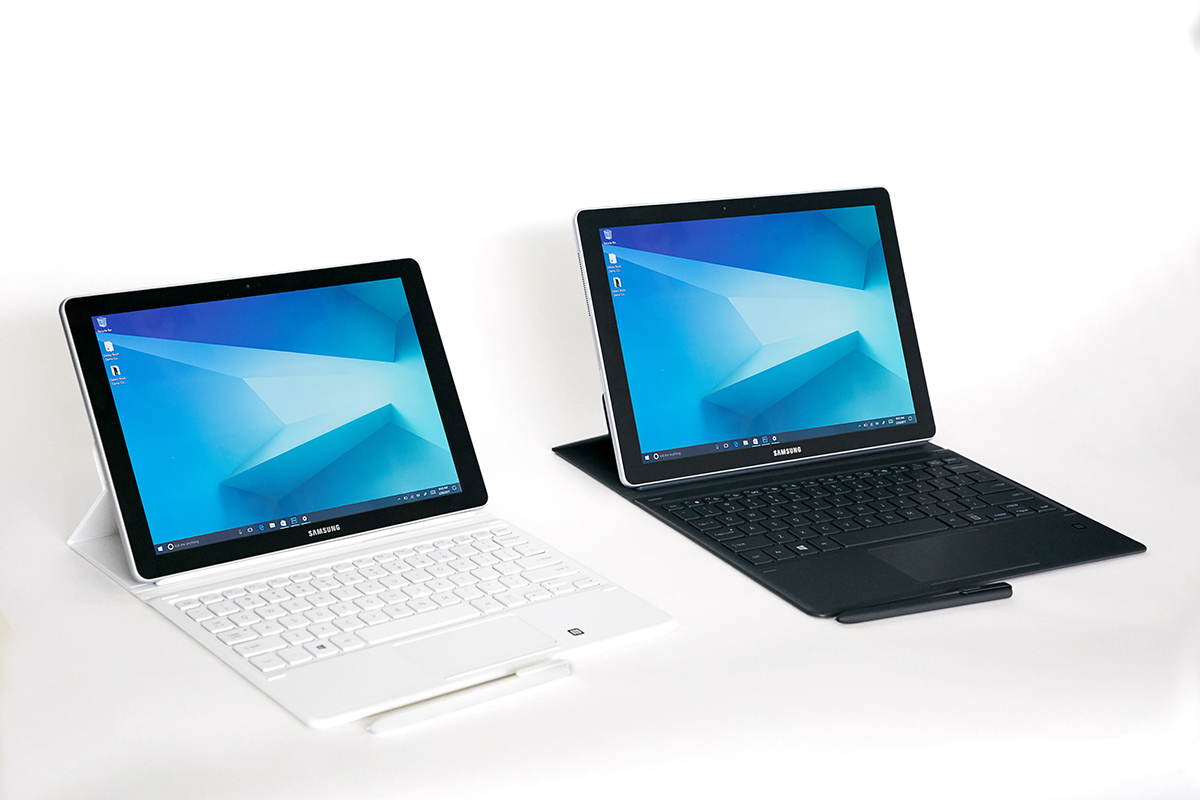 Lots of people were waiting to see Samsung announced new devices during MCW as is usually the place where we get to meet the new Galaxy flagship, but this time around was not the case..

The S8 will be unveil later next month, but that doesn’t mean “no new devices” from the Korean, they focus on work and mobility by introducing three new 2-in-1 tablets. The upgrade to the TAB S series, one of the best Android slates you’ll find and the Galaxy Book, which will be available in two configurations.

The S3 is the ideal power house for those that still want to use Android on a bigger screen, Tablets powered by Google’s OS have been disappearing from consumers hands in recent years, as Windows 10 became the norm.

But Samsung have had one of the few that are actually worth the purchase, with this upgrade to the TAB S2 you will yourself in a tough decision when buying.

Lets take a look at the specs:

As you can see above, this beauty is made for media consumption, but also is perfectly capable of handling some office work.

The beautiful display allow you to enjoy lifelike colors with HDR support and 4K playback, so watching a movie or video is a top notch experience, but also it will allow you to do a better job if you need to do a quick editing of a video or photo for work keeping the same accuracy you used to get only on a dedicated laptop.

Also being the first to feature 4 speaker tuned by AKG Harman makes it an unforgettable experience for a Tablet.

And for those moments when you just want to chill and relax, the S3 comes with Vulcan API support and the Game Launcher feature found on the Galaxy S7. So, you optimize you battery life and if you really want to forget about the world, simply enable the “Do Not Disturb” option to keep all those notification away while gaming.

The new slate is not pure recreation, as when it comes to work the new Keyboard cover and S pen (yep, the beloved S Pen makes a return)  will seamlessly connect to transform you gaming device into a portable office.

Finding the S pen feature on a Samsung tablet is nothing we have seen before, but is pretty much like having a huge Galaxy Note in hand (which, judging by design language could actually be a possibility). There’s no dedicated slot to keep though so you have to be careful.

Batteries aren’t needed to power either of the two accessories, and the 6,000 mAh seal battery comes with Quick charger technology so you will need to live looking for places to stay charging.

2-in-1 are ruling the productivity department when it comes to portability. Laptops looks more like tablets and Tablets look more like laptops.

That’s the trend that was unconsciously implemented when the Microsoft Surface Pro line came to the market.

Since then, more and more manufactures have presented Surface-like products to compete on the same category.

This time Samsung introduce a true power house to its 2-in-1 portfolio.

Now, with a new design that once again borrows  a bit too much from its smartphone counterpart but packing everything you’ll expect from a portable office.

It will be available in two size variants, a 10.6″ and a 12″ screens. Both models come with super sharp displays and powerful internals, but let’s take a look:

This will be the base model, that still packs enough power for most users, plus having the Keyboard AND even the S pen included is a great option

Being the big brother comes with advantages such as having a higher resolution display and a better processor, but also implies a bigger price tag.

Speaking of which there’s no word yet about price r fully availability, but we’ll keep you updated once we have more information.

But tell us, What do you think about Samsung new approach? Will you start your 2-in-1 experience with any of these? Will you upgrade your current device to give the Koreans a chance?