Finally! More news about which #smartwatches gets #Android wear 2.0 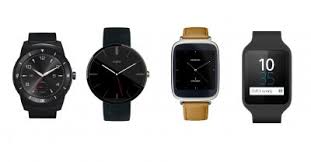 Earlier this month we told you about one of the new smartwatches to receive Android Wear 2.0, but us as well as lots of users where wondering after nearly three years of version 1.0, to which first-gen devices will come next.

Well, that question has just been answered by Google itself. We’ll see the new OS first on the now officially announced LG Watch Style and LG Watch Sport.

Later on or “in the coming weeks” as they like to say, we will see the update arriving on a not so short list thankfully:

As you can see, there’s a good chance that your beloved companion from early days of wearable tech will get the sweet update, which will make your smartwatch feel like a new device thanks to in Software new features.

Obviously, some features will require specific hardware. Which will leave a few users out, but keeping the heavy and more awaited part leaning on Software.

Remember that as usual, the update may not arrive at the same moment for everyone. There are no OEMs this time that will make more adjustments to the OS, but Google loves partial rollouts.