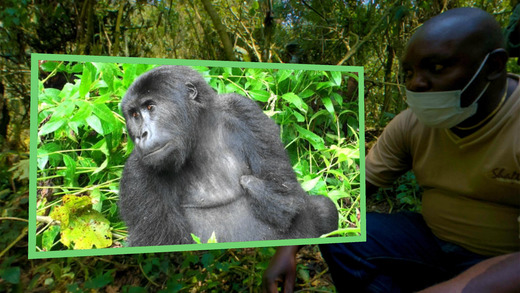 We all have been amazed with the recent showing of Planet Earth over the past few weeks and most of us who did watch it will probably pick up the Blu-Ray copy if not already which we did as its quite a show and giving us a look at some things we never have seen before and just how similar wildlife is to us humans. In that series we did see some animals from the jungles around the world up close and personal, For those who like such there is a new VR app available called Gorilla Safari which gives you an immersive look into their lifestlye.

This app features full-spherical 360 panoramas with embedded still images, ambient audio, and short video clips. It can be used both handheld and with “Google Cardboard” style virtual reality headsets.

Join Ian Redmond on a virtual reality safari as he transports you from the Born Free Foundation headquarters in England to Kahuzi-Biega National Park in the DRC, home to the biggest gorilla sub-species, the Eastern Lowland, or Grauer’s, Gorilla.

You’ll meet Chimanuka, the silverback leader of a group of 36 individuals, learn some of the finer points of “gorilla etiquette”, and find out how you can join in the effort to protect these magnificent creatures lead by the Born Free Foundation and John Kahekwa’s Pole Pole foundation.