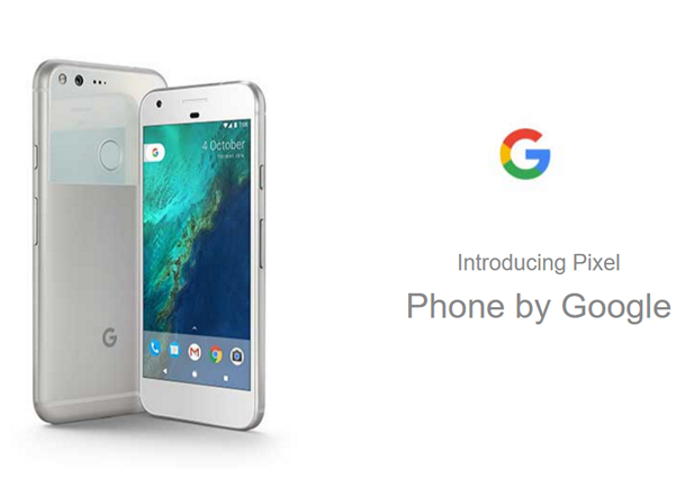 In January 2010 Google and HTC brought the first ever Nexus device. Since then, the “Nexus Line” became some kind of “Holy Grail” for Android purist and a great option for the ones on a budget as they were always friendly priced.

Yesterday, almost 7 years after their unveiling, Google and HTC decided to killed the Nexus. Let’s welcome to the new kids on the block,

As you can imagine, the phones come in two sizes, the now “standard” 5-inches and the almost phablet size of 5.5″

Is the smaller, comes with a 1080p AMOLED screen, Snapdragon 821, 4GB of RAM, the camera department brings the same excellence as last year with a 12MP sensor and f/2.0 aperture, dual tone flash with laser autofocus and EIS (demoed during the presentation with a promising example) for the rear side as well 8MP sensor for the front.

Being the big brother received better treatment on the screen side adding a QHD 1440p AMOLED panel and a bigger battery with 3,450mAh.

Apart from that, they are pretty much the same on every other specs. Coming with two storage options 32GB and 128Gb (in any case, both phones will get unlimited storage for full res images on Google Photos).

Something that use to be a tradition for Google, was unveiling the last version of Android during the announcement of the new Nexus (Pixel from now on), although this year it happened with the LG V20.

But to be fair, the Pixel devices come with Android 7.1 which is a tad more than the one on the latter.

Also unlike previous devices, this pair will ship only with Google branding and three colour variants Quite Black, Very Silver and Really Blue (this one is an US exclusive)

The only downfall is found on what once make them a great option, The Price.

They are not longer that right priced model of yesterday as the Pixel brand debuted earlier this year with their premium priced Pixel C Chromebook and you will have similar price this time around.

The pre-orders are already available in all major markets with others starting on October 13th,These will be a hard sell compared to whats on offer and will probably be a niche prodcut for now until the price comes down at least,as for now Google stepping into the premium space with prices likes this is does not bode well with their asking prices,Ireland has been left out on the first launch and Verizon in the US has exclusivity which again annoys people,Exclusives should be banned imo..

Also you can check out their Daydream VR headset below

Explore the Flora and Fauna of your county with Google Lens. #GoogleLens #Ireland