Lenovo unveils the 2-in-1 #YogaBook which has tricks under its sleeve. #IFA2016 #Windows #Android 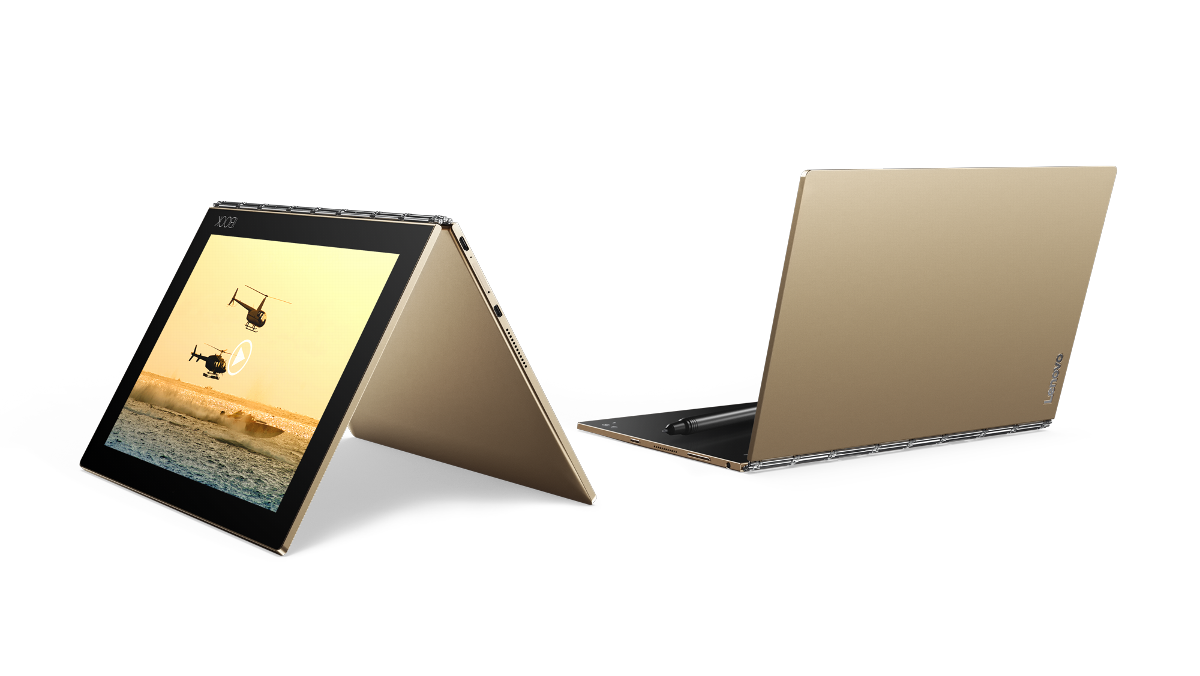 More news from IFA2016 and this time is Lenovo’s turn.

With some of the best 2-in-1 devices available, It was not surprise seeing them presenting an innovative and awesome device

Imagine the Yoga Laptop line up on a strict diet, there you’ll find the Yoga Book.

A concept  device that aims to capture productivity and creativeness all in one place, with one unique and striking feature, or for this matter “the lack of one”, the keyboard.

Named like this by Lenovo, this is not a keyboard under the normal concept for a laptop (even for a 2-in-1 if you think about the Surface Line)

This one is completely digital and uses a pressure-sensitive panel that can display a virtual and obviously backlit keyboard, as the one used on your smartphone.

Also this panel acts as Drawing tab, like the Waccom ones named “Create Pad” allowing you to transform any idea you may have into digital art.

The “Real Pen” used here comes with 2,048 pressure levels and 100º angle detection,  and if it wasn’t enough it work with real ink cartridges, wich allows it to work with normal paper over the pad and even then capture everything in digital format.

On the specs side we have:

As you could see, we will have two version of the slate, an Android one with MM (custom UI to allow Multiwindows) and a Windows 10 version.

Both will be available in September (October in the U.S), starting at €499 for the Android version and €599 for the Windows.

There will be two color schemes, Gold and Black for the Android one, and Black-only for the Windows.