#Octopus is the 1st icon-based watch that teaches kids good habits and the concept of time. 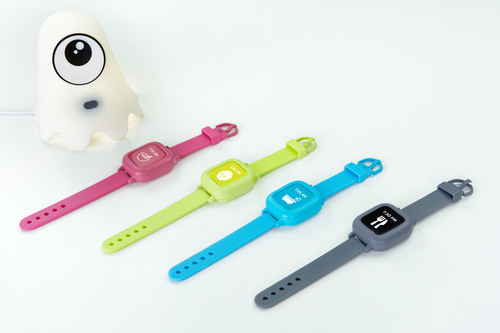 But what exactly is Octopus you may ask…

Octopus is the first icon-based watch that teaches kids good habits and the concept of time.

I have 2 kids. My son, Scott, is now 12 (I’m very proud of him) but when he was younger we had hard time teaching him good habits! Sometimes he didn’t want to cooperate. He didn’t want to dress up or to help unset the table. So depending of the day, either we were stressed and it would end in power struggles, or we were exhausted and we would give up.
Sometimes, he would simply forget to do things like to brush his teeth or to feed the fish, so we needed to remind him. It was requiring a lot of energy.
With our daughter Emmie though (she’s 4), we decided to be more prepared. We read a lot of books, we spoke with other parents and my wife even took classes on child development techniques here in San Francisco. We discovered the power of routines.
If you have kids, you probably know that having routines in place in the family reduces the level of stress, prevents conflicts and it helps the kids to be more organized, focused, independent, cooperative, etc.
It makes it easier for them to assimilate good habits and it also teach them to be on schedule.
There is a catch though! Maintaining routines requires consistency and persistency!

And in today’s fast-paced world, it’s not easy when both parents work a lot and have hard time disconnecting from their job, even at home,It’s not easy when kids are constantly exposed to distractions like TV, iPad, etc and have a lot of activities besides school.
So we decided to look for tools on the market to help us. Routine charts, programmable watches, apps… but none of them give us entire satisfaction. We arrived to the conclusion that our kids need something that is wearable, visual and evolutive. Something that will empower our kids.
So we brainstormed… We came up with an idea and we got selected, financed and accelerated by HAX, the world first and largest hardware accelerator based in San Francisco and Shenzhen, China. So we went to China for 4 months!

We built prototypes… A lot of them.
We tested. With a lot of families and even schools.
We had awesome feedback and hundreds of comments.
We started to build a community.
In the process, we also discovered that it can be not only very beneficial for typical kids but also for kids suffering from ADHD, Autism spectrum disorder, Down syndrome…
Check out their kickstarter campaign which has already raised almost three times its goal on writing this article..