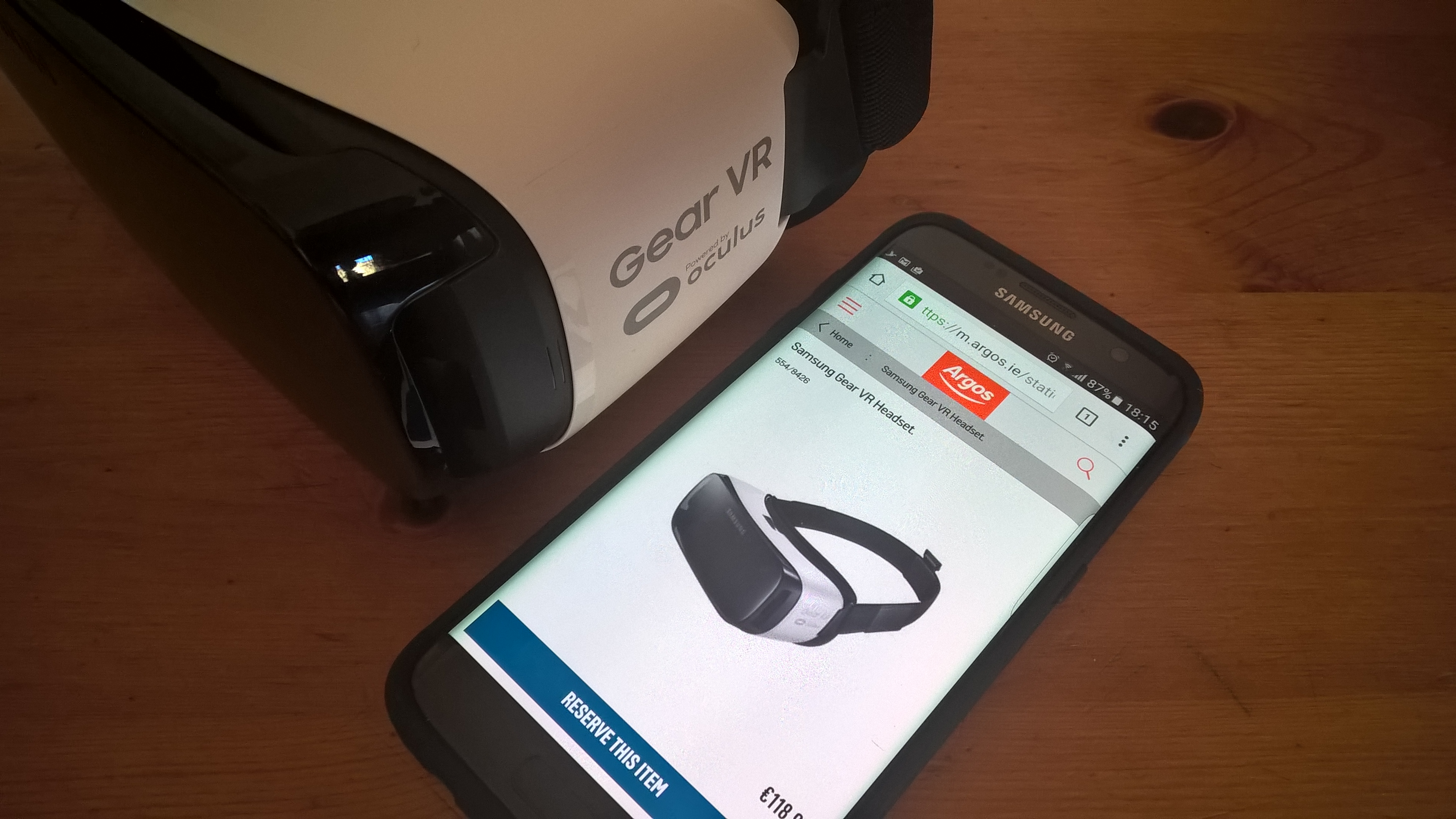 Samsung Gear VR is probably the cheapest alternative to check out Virtual Reality in a proper way other than cardboard and has now arrived in Argos priced at €118.99. Given you may be able to get a deal on some of the networks when buying a new Samsung prices do vary,but for those looking to pick this unit in particular up costs can vary and availability is another factor. You can buy from third party sellers on Amazon or Samsung experience stores. As mentioned there is some other offerings out there which are cheap some are good and some not so good and then there some that look ridiculous being hugely oversized.

This version of the Gear VR too is better as it works on more devices,the innovator edition was limited to the Galaxy Note 4 but with this version it covers the  Galaxy S7 edge, S7, Note 5, S6 edge+, S6 and S6 edge. The other thing to note here no massive expenditure is needed like you would need for the likes of Oculus rift or HTC Vive and if you already own one of the listed devices supported its a cheap entry to experience the VR world and getting the true immesrive feeling.