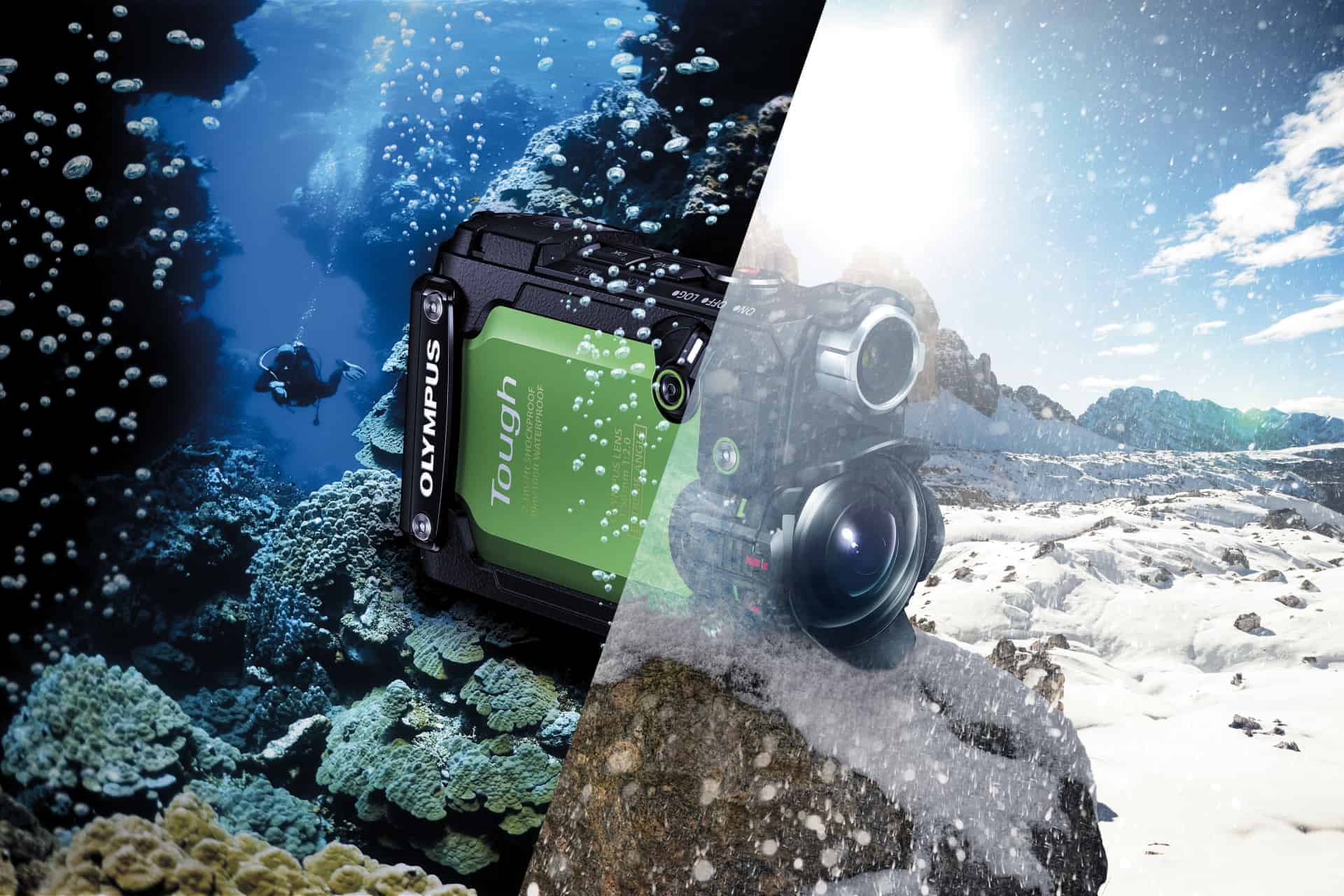 The action cam market is something unpredictable, as not so long ago we heard there was a downside on sales, but now more companies are jumping the market.

Last week we saw Xiaomi, but this time is Olympus who’s here to offer a GoPro on Steroids.

The OLYMPUS STYLUS TOUGH TG-TRACKER (they need to find new shorter names for this) is the ultimate action camera.

It packs everything and more of what you could find on a GoPro without the protective case, and is something needs to be said is that the name (at least in paper) makes justice. This thing is TOUGH, here are some of the number to show of:

It’s Dustproof, Waterproof up to 100 feet, Crushproof up to 220 pounds, Shockproof for falls up to 7 feet and Freezeproof to temperatures low up to 14°F (-10°C).

And the filming part is not left behind:

Time Lapse Movie mode for fixed-point observation of movement such as crowds of people, clouds crossing the sky or flowers opening.

Electronic 5-Axis Image Stabilization for compensation of every kind of camera motion.

That last one part, is really special as you can customize it up to three different screens including a compass display, level display, and log display, to show the data captured via these sensors.