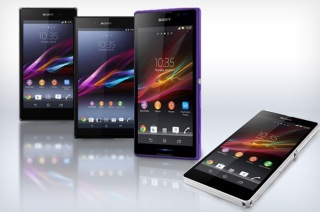 Las week we told you about the new Xperia X family that came out of the blue during MWC16, but this made us wonder what would happen to the beloved Xperia Z family that has been around since 2013.

The Xperia X performance is the chosen one to carry the “Flagship” title, but when you compare both phones, the Z5 fells a little bit better.

Maybe is the slightly bigger screen or just pure nostalgia, even1 though the performance offers a brushed metal finish falls short when it comes to the Z5 feeling.

The X performance also packs everything you can ask for to a 2016 flagship, but a QHD screen, which Sony keeps claiming is useless in a smartphone screen (quite ironic as they were the first to come with a 4K screen smartphone).

The Xperia Z line has reached its culmination – Xperia X series represents a new chapter and evolution of our product strategy. Whilst the Xperia Z series was all about bringing the best of Sony’s advanced technologies to smartphones, Xperia X series is based on bringing smart, adaptive Sony user experiences across camera, battery performance and hardware / software design.

So, contrary to what we heard before, this makes it as official as it gets.

But, will you pick up the X performance over the Z5? Tell us in the comments below or tweet us with your thoughts.