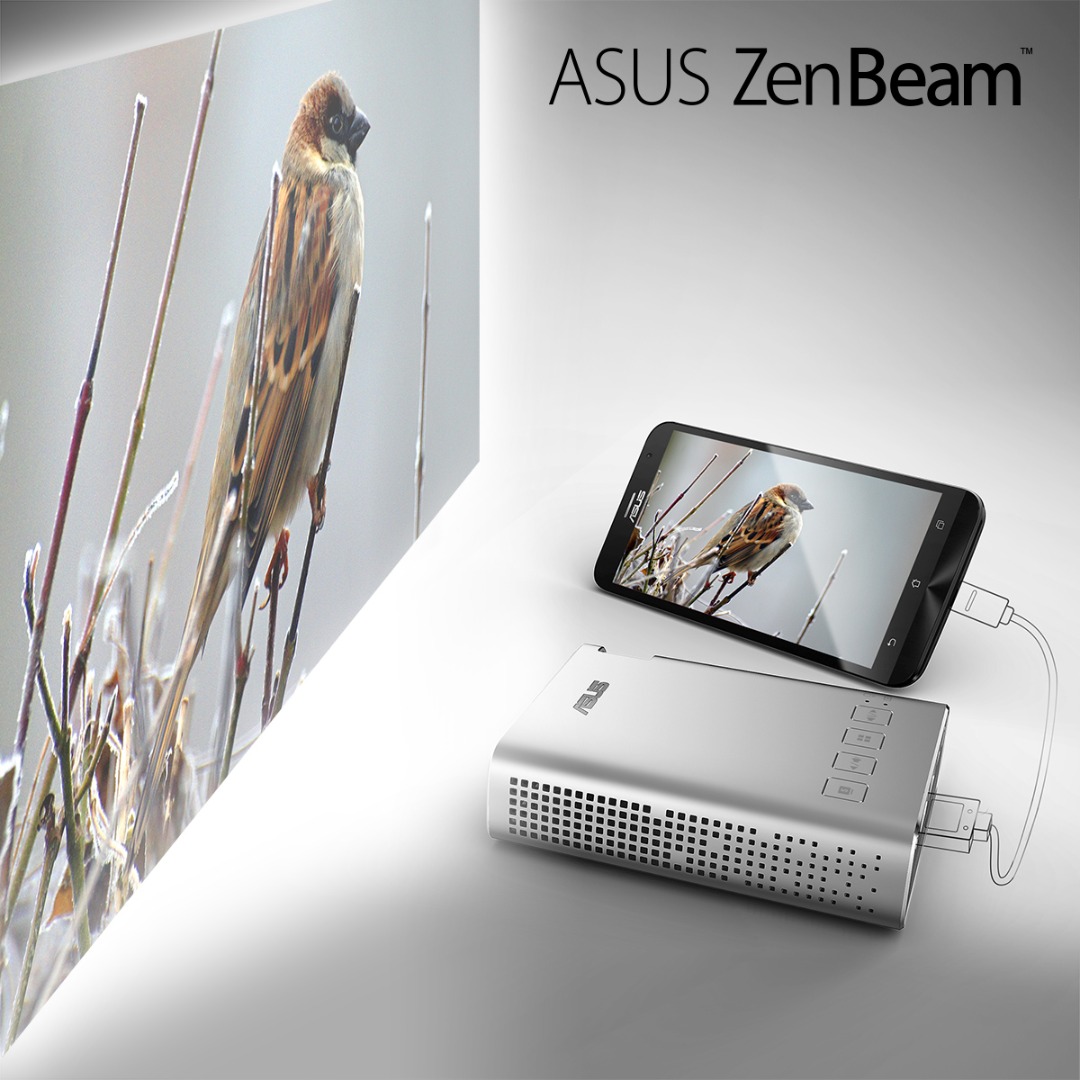 Last week we had the CES 2016 and we saw some really cool tech there, major manufactures as Samsung, Dell, Lenovo and even Casio made some interesting announcements.

But this time is ASUS who brought us here as they also made quite a few launches, but we want to show you the ones that caught our attention.

First of all we have the ZenBeam what these two little guys here are is really self explanatory, they are “palm-sized” LED projectors aimed to boost productivity and recreation on any place.

With these you can share photos, presentations or slideshows on a “screen” that goes from 22 to 80 inches almost anywhere.

They come in two models The E1Z and the E1

The first one is an Android and Windows USB projector only compatible with ASUS own ZenFone and ZenPad series, while the E1 have HDMI and MHL inputs, which allows you to use a wide range of devices.

Both of them have a built in 6,000 mAh battery letting you use it without to worry for a where to plug it in, as the same time it serves you as a power bank for your gadgets.

What you’re seeing now is not a tablet, but a Portable Monitor.

This is the MB169C+ (what a name!), and is the first 15,6 inch monitor with a USB Type-C we’ve seen which such portability as everything from power to video output is made through that connection.

The device itself has a 1080p screen which according to Asus has “stunning visual and wide viewing angles”, weighs 800 grams and is just 8.5mm thin.

Right now there’s no info about price or availability of any of them, but as soon as we have it we’ll let you know.

Well! These are just two of their new products to kick off this year, if you want to know more about the other announcements just let us know in the comment section.

Also, let us know what you think of these two? Will go grab one of the projectors once they’re available? Or will you go for the portable monitor? Sound of below!